Was someone trying to deliver Keith Strong a message?

The Prince George’s County man who waged a seven-year battle against his homeowner’s association over a $500 mailbox mandate recently discovered that the $35 mailbox he installed to celebrate his victory was destroyed.

Strong returned home from running an errand Monday morning to find his cedar mailbox toppled and surrounded by chunks of its wooden stand that appears to have been hacked or bashed to pieces.

“We were completely shocked by this,” Strong said. “The actual mailbox itself wasn’t damaged, but they reduced the post to matchwood.”

Although Strong doesn’t know who wrecked his mailbox, the solar physicist who lives with his wife in a Maryland golf-course community of million-dollar homes said he believes the destruction was an act of vandalism in response to his fight against the local HOA.

In January, a Prince George’s County judge determined that the Pleasant Prospect Home Owners’ Association had improperly forced residents to buy and install mailboxes that cost approximately $500. Strong, fearing the loss of his property rights, had spent $33,000 in legal fees to fight the mailbox rules. 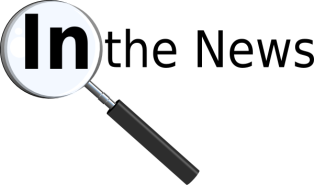 Strong estimated the destruction occurred Monday between 7:15 and 8 a.m. He had left for the grocery store with his mailbox intact, but noticed the damage when he returned shortly after.

Strong discounts the theory that it could have teens who might have swung at the mailbox with a baseball bat since it is difficult to get into the gated community. And there don’t appear to be any tire marks or signs that would indicate someone accidentally ran over the mailbox in his yard, he said.

He reported the vandalism to local police and the U.S. Postal Service. He also is offering a $1,000 reward for information that leads to the prosecution and conviction of whoever wrecked his mailbox, the only one Strong knows of that has been vandalized in the community.

Frank Schissler, a spokesman for the U.S. Postal Inspection Service, said such vandalism doesn’t occur often. He said the agency will investigate vandalism complaints when possible, but it typically gets involved if cases involve mail theft or dangerous items being placed in mailboxes.