How we begin our days usually takes center stage in planning. We have to wake up, prepare–both mentally and physically–and get into the groove of things. It’s been ingrained into us that breakfast is the most important meal, that we must make sure to take a couple deep breaths, and even do some visualization exercises before leaving the house. Yet, could it be that how we end our days is just as important as how we start them?

Turns out, that might just be the case. Although there’s great value in getting up on the right side of the bed, there’s also just as much merit in ensuring we take our time before hitting the hay for the night.

So, what’s the one thing every single one of us should be doing before letting our bodies rest for another day?

Writing down what happened.

Although journaling seems tedious–and, at times a bit rudimentary–it can be an incredibly helpful way to compartmentalize our thoughts without realizing it. When we go through the highs and lows of each event encountered during the course of a day, we don’t simply recount the facts–we offer our commentary as well.

What we say about each event–whether we felt frustrated or jealous or exuberant or nervous–ultimately tells us a lot more about ourselves than what we actually did. As easy as it is to forget, we are not what we do. We are, instead, what we make of our actions.

Journaling has been proven to be a very therapeutic exercise. It gives us the chance to sort out our opinions and reflections and to learn from what’s past and look forward to what’s next. Psychologists at the University of Texas in Austin have even gone as far as saying that journaling strengthens T-lymphocytes, which play a crucial role in cellular immune response.

Scientific evidence has also touched upon the roles the different sides of the brain play in writing things down. 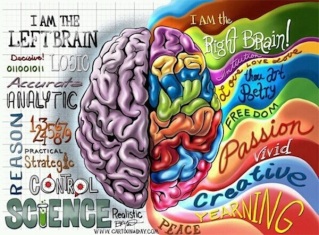 The left side of the brain is graced by logic–using your rational and analytical skills to decipher what exactly occurred today. The right side is governed by creativity, instead allowing you to feel and create. When we journal, both sides of our brain are engaged, reaching prime cranial potential right before you nod off for the night.

Before you go to bed tonight, pick up a pen and a piece of paper–and just write. How much better you feel when you wake just might startle you.

While Peter Economy has spent the better part of two decades of his life slugging it out mano a mano in the management trenches, he is also the best-selling author of Managing for Dummies, The Management Bible, Leading Through Uncertainty, and more than 75 other books, with total sales in excess of two million copies. He has also served as associate editor for Leader to Leader for more than 10 years, where he has worked on projects with the likes of Jim Collins, Frances Hesselbein, Marshall Goldsmith, and many other top management and leadership thinkers.