I talk to reporters almost every day, and one thing is clear: Many of the most negative stories we see are generated by homeowners who have turned to the media for public redress of their personal grievances—valid or not. Reporters love David-and-Goliath stories that pit underdogs against an “all-powerful” community or condominium association. Like it or not, that’s our reality.

More often than not, the reporter is given what seems to be a distorted, one-sided perspective.  That’s bad enough, but here’s the disheartening part: All too often I’m told that the association won’t talk to the reporter—hiding behind the incriminating lament “No comment,” or simply not returning calls. Hiding is exactly how reporters see it, and that’s usually viewed as an admission of guilt, incompetence or worse.

Can some residents be unresponsive? Yes! Irresponsible? Absolutely!  So why give them added credence by taking the functional equivalent of the Fifth. If you’ve made sound decisions—if you’ve acted in good faith to meet your fiduciary responsibility to your residents—you should be able to support your actions with facts and perspective. HOA critics are more than happy to speak up, in some cases pushing the limits of credibility.

Faced with even the possibility of negative media coverage, you need to plan a thoughtful response. Talk to board members and solicit the advice of the professionals who support your association, such as managers, 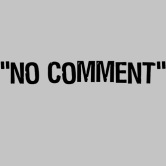 management companies, attorneys, accountants, reserve specialists, and so on. Convey the decision-making and business principles necessary to govern your community. Explain how your actions support the best interests of the community as a whole. Go into every interview with 3-5 clear and concise message points that will resonate with a lay audience, and don’t hesitate to repeat them

Yes, there are risks. You may be misquoted. Your statements may be taken out of context. And you’ll be lucky to get equal space or air time. But, more often than not, you’ll get something. Most importantly, you’ve tried. If nothing else, in the eyes of your residents and general public—not to mention public policy leaders—you were willing to stand behind your actions, your board and your community.

As Woody Allen once said, half of life is just showing up.

Frank Rathbun is Vice President of Communications and Marketing for Community Associations Institute.  He can be reached at FRathbun@caionline.org.